5 Reasons Why You Should Reconsider Renovating Your Home 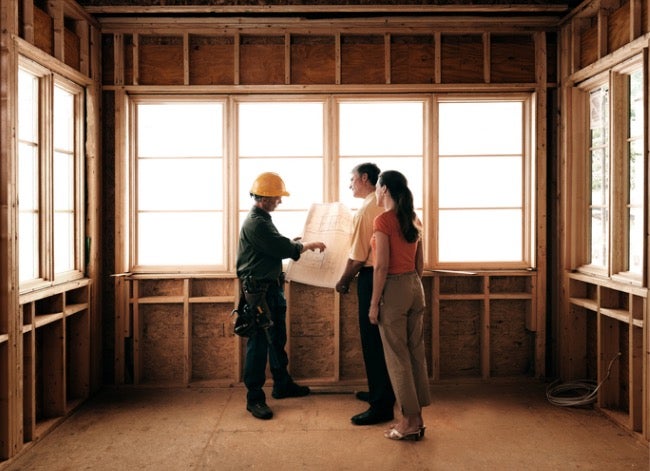 Renovations can make your home more comfortable and attractive, and can often increase your home’s value. However, it’s important to do your research and consult with experts to ensure you’re not wasting your time and money, since not every renovation pays off.

“There are plenty of times that people renovate or add to their homes when they shouldn’t, and I try very hard to get my clients and friends to consult with me before spending money making changes to their homes,” says Bill Golden, a Realtor at Around Atlanta Realty in Atlanta. “Realtors are out in the market every day, and know what does or doesn’t sell, and what can potentially add—or decrease—property value, so just ask us.”

So, guess what? We did. According to experts like Golden, here’s when you shouldn’t renovate.

The Reno is Too Specific to Your Taste

We get it: individuals are different. Some people like sports cars while others like monster trucks. But when it comes to renovating your house, you need to aim for common ground. Golden tells us that one of his clients decided to sell, but then painted the entire interior of the home (over 5000 sq ft) with dark jewel-tone colors that they loved and felt best showed off their house.

“The market spoke loud and clear that it was the wrong thing to do, as people were turned off and felt the house looked dated,” he explains. After constant negative feedback from agents and buyers, Golden convinced the sellers to paint the entire interior a light neutral color. “So, they essentially paid to have the house painted twice, and the takeaway is that, if you are preparing to sell or may sell in the near future, things like repainting should be done with potential buyers in mind, not your specific taste.”

And it’s not just bold paint choices you should consider when weighing renovation decisions. Tracey Williams Barnett, an associate broker at District City Living/Keller Williams in Washington, D.C., recalls a client who also made renovations before engaging her to sell his home.

“After touring the seller’s property, I discovered that he had spent thousands of dollars in recent updates, and was not inclined to spend more to implement my recommendations and broaden the appeal of his home,” she says. Barnett says he installed marble flooring throughout his main living area, and gutted and installed black tile in his bathrooms—choices that might not have broad appeal.

Sellers should take care to keep timelines in mind, says Sheila Trichter, a broker at Warburg Realty in New York City. “I have never understood the correlation between those who must do costly, time-consuming renovations specific to their own unusual taste and those who decide they need to sell and move on a few years later; nevertheless, this seems to happen time and again.”

Trichter recently pitched a listing in a co-op on the Upper East Side of Manhattan. The couple wore red trousers and told her it was their favorite color. They also had a tastefully decorated red and blue living room.

“To my shock, they next showed me the kitchen, which had been renovated only two years prior: the tiles were red, as were the floors, the refrigerator, the stove, and the cabinets,” Trichter explains. ”It was blinding.” And the three bathrooms were the same. “I could not imagine a buyer wanting to live with that, nor could I imagine anyone eager to replace a 2-year-old kitchen and three bathrooms.” Fortunately, the couple decided not to sell.

Trichter also showed a listing in a relatively new development where the seller replaced white marble with purple tiles. “The tubs and sinks were replaced with purple ones as well,” she says, adding that the home sold for much less than it would have if they’d left the marble and fixtures as they were and simply wallpapered or painted the bathrooms purple – which, while tedious to change, was at least fixable. “Of course, there is no accounting for taste, but if you know that this is not going to be your forever home, it is always best to keep it simple,” she says.

You’re Trying to Sell Your Home

Even if you don’t go overboard in your choices, June Gottlieb, a broker at Warburg in New York City, recommends against renovating your home in an attempt to make it more appealing to buyers. If you have a rickety staircase, or other types of obvious problems, by all means, take care of those issues before you put the home on the market, because certainly the home inspector will call them out.

However, renovating might not be a good idea if you’re doing it just because you’re selling the home and trying to squeeze in some last-minute cosmetic updates. “If you renovate your kitchen or bathrooms, no matter what colors and finishes you use, there will be a buyer whose taste is different and won’t want to pay for the work you just completed,” Gottlieb explains.

For example, if you create a white kitchen, she says, some buyers will prefer blond wood. Another possibility, according to Gottlieb: “You create a step-in shower in the primary bathroom and the buyer likes to bathe.”

To be clear, she’s not saying you should never renovate, but if you do it right before listing your home for sale, you probably won’t recoup the money you put into it, especially since most homeowners won’t pay extra for certain features. “I would paint a room, fix issues in a floor, replace a cracked window, or clean up wear and tear on window sills, since these are cosmetic fixes that show an owner cares for their home,” she adds.

Some homeowners like to tear down walls to create larger rooms. But you should proceed with caution when charging the home’s floor plan. Golden says some homeowners in his neighborhood (not his clients) wanted a larger master suite, so they combined two bedrooms and two bathrooms into one large suite. The only other bedroom and bathroom in the home was in the basement. “These folks took a big hit to their property value when they went to sell, as it severely limited the audience who would be interested in their home—and the cost of undoing or otherwise ‘fixing’ what they did would be considerable,” he says.

And remember Barnett’s client with the marble floors and black tile? She says he also combined two bedrooms—and lowered his property’s value. “These types of renovations can impact a homeowners return on their investment, and more importantly, limit the number of potential buyers for the home,” she warns. 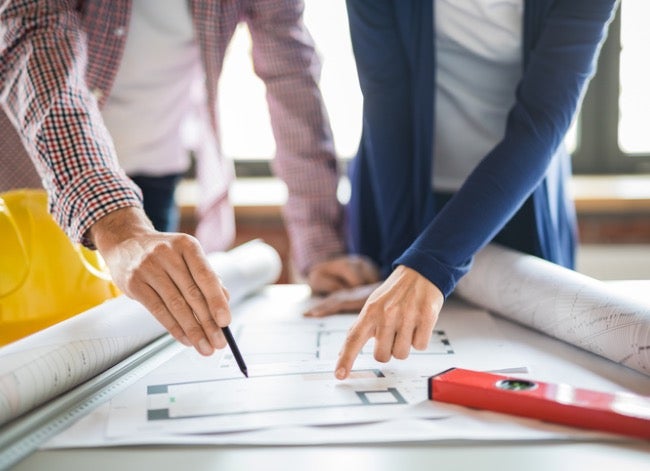 You May Have Structural Issues

Anthony Carrino, VP of Design at Welcome Homes (and known for his HGTV show, Kitchen Cousins), says a client in Jersey City wanted a basement with full-height, 8-foot ceilings. “I told him there were a lot of unknowns involved in digging out a 4-foot basement, including: How deep are your current foundation walls? Do we need to underpin the structure? Where is bedrock?” (This project was sitting on the top of the palisades, a rock cliff.)

However, Carrino says the client didn’t care and wanted those 8-foot ceilings. Three days into the project, Carrino’s team hit a massive rock (half the size of the basement area), and he tried to convince the client to go with a 7-foot finished ceiling height, which would keep the project on time and on budget. The client insisted on 8-foot ceilings. “A month and a half later, we got him his 8-foot ceilings to the tune of about a $30,000 change order,” Carrino says. It remains to be seen whether the client will be able to recoup that expense when he sells.

“Structural issues—whether it be crumbling foundation walls, underpinning, cracking rocks—can get cost prohibitive very quickly,” he adds. And unfortunately, he says it’s hard to get a sense of the true cost until the work begins and you can see what you’re dealing with. 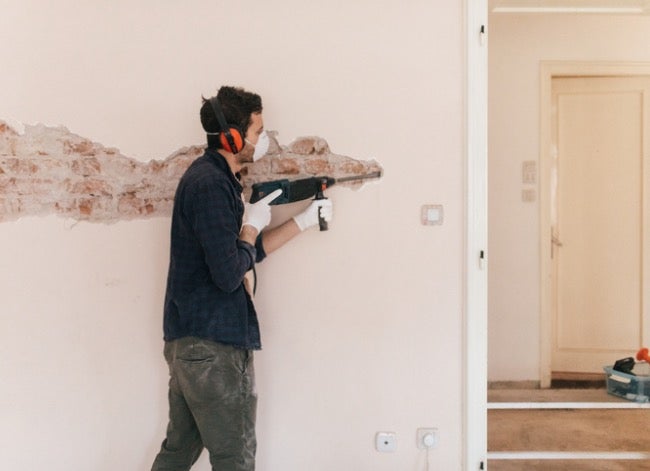 You’re Going to Be in Over Your Head

Home additions and renovations can also be a problem if you get in over your head. “There is so much more to home renovation than what HGTV shows you, it’s no wonder people get in over their heads,” Carrino says. One common issue he hears is from homeowners who attempted renovations themselves, and then discovered it was difficult to find a contractor to finish the work.

“If you are going to do a major renovation, you need to hire the right team; that means an architect, designer (if you can’t make aesthetic decisions quickly and accurately for yourself), and general contractor,” he says. Otherwise, you’re setting yourself up for disaster. “Running a renovation is a full-time job, and I’m guessing you already have one of those,” he quips. If hiring a full team isn’t in the cards, then attempting a home addition or renovation might not be the right choice for you.

Bailey Carson, home care expert at Angi, agrees with Carrino’s concerns.  She recommends that you think about the three Ts: time, tools, and talent. “First, make sure you have the time to take on the project, including all the research you need to do before getting started,” she says. Next, take stock of your tools. If you don’t already have the necessary tools on hand, you’ll need to figure out if you’re renting or buying the tools, and how much you would spend in each case. And if you’re leaning toward purchasing the tools, she recommends considering if you’ll ever use them again.

“Then, consider talent: have you done a similar project before? Do you know how to use the tools involved? Are you capable of doing the project well and safely?” If the answer is no, Carson recommends bringing in an expert to avoid the risks associated with DIY projects that are beyond your level of expertise. Or maybe reconsider the addition or renovation altogether.